It's not particularly sensible, and not related to any software architecture I deal with at the moment, but I do want to post this photograph. Nominally it's is a photo of the concrete kind of architecture, not the software kind, but doesn't it look like an enterprise-ready, flexible, feature-rich and polished staircase framework? 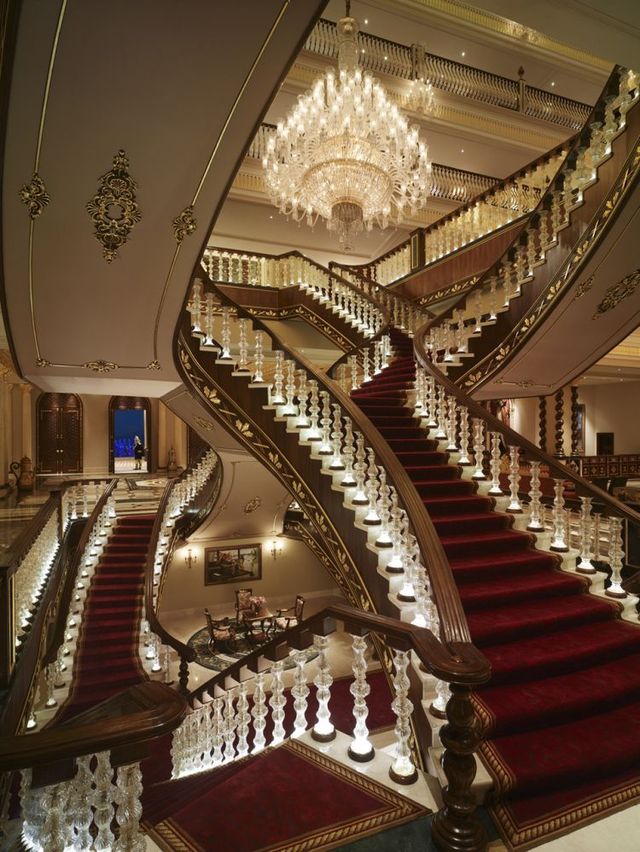 It's from a hotel interior, so I expect there's a lift off-camera that people use when they want to get anywhere.

I am reminded of the Inmos Transputer.

That, as my older readers may still vaguely remember, was a freak processor in the eighties. It was designed for parallelism: Its fundamental design was for a computer with many transputers, not one with a single humongous blob. Each CPU was small, simple (the wikipedia page includes the complete instruction set) and linked to four other CPUs using bidirectional message-passing connections, and the design allowed vast CPU meshes with message routing and forwarding.

The thing that reminds me of the transputer is the way those links worked. When a Transputer received a message that had to be forwarded, it would prioritise communication over its own computation.

I am reminded of this because my mail is down. A great big failure happened during Christmas vacation. Then a routing mishap left me unable to take part in a video conference this morning. I am forced to prioritise my own programming over message passing, and it feels so good. Yesterday was great.

Tomorrow I shall apologise to borud about my unresponsiveness. But today, I plan to wallow in solitary hacking.

Actually I'll wait a few hours with publishing this. There's a chance someone might see it.

This week, another thousand bloggers explain that patents are bad because they're used to harass, etc.

Noone seems to understand that for software patents to be meet their stated aims, it must be possible for programmers to learn something by searching for, finding and reading the relevant patent.

Wikipedia goes on to say the same thing again in different words: The word patent originates from the Latin patere, which means to lay open (i.e., to make available for public inspection).

Avoiding harassment is a start, but it's not enough. Patere necesse est.

Update: Two corollaries, obvious IMO, but... There must be something in each patent that's worth learning. Restating textbooks isn't enough. And each patent must be such that it's practically possible to work without infringing/licensing it.

Some Java book I read long ago, I think it was Thinking in Java, explains that one of the benefits of Java exceptions is that you can shift error handling away from the normal path, leaving the implementation of the common case clearer and better.

Fine. There's just one catch: You have to catch the exceptions and handle the error somewhere. […More…]