Reality is eighty million polygons per second, said a weighty graphics book I read almost twenty years ago, when I was looking to draw perfect bezier curves quickly. RiscOS could, I wanted to.

Maybe that's not true any more. Reality has changed.

The newspaper today reports that the Technische Hochschule Nürnberg has built a new building in which, among other subjects, architecture is taught. 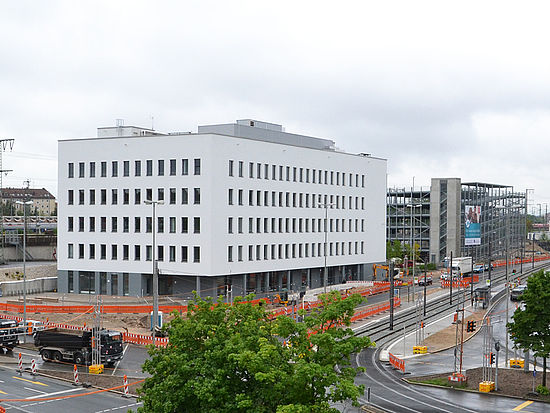 That box is the state of German building in 2013. That's how a typical bigco builder will plan and build office buildings, unless an expensive architect interferes. But not just anyone can fight reality: The architects who work and study in that building did not have enough power to interfere.

What do you think that picture is —

It's not easy to tell any more, is it? I think we've spent so long staring at sparse pictures on computer screens that it has shaped our feeling about what's right, and now that's how we shape our physical surroundings. The author of that graphics book thought that eighty million polygons would approximate reality well enough; a couple of decades later it almost seems as if the polygons control reality. I'm not sure what happened. Perhaps the planners expect the general public to like that kind of povray hello-world nowadays. Or perhaps the planners play around with rendered models and when they chance upon something they like, that's what is built.

(The picture itself is a link; follow it to learn the answer.)

Here's another picture. If the former shows a budget building, this one shows a great deal of money. But is it — 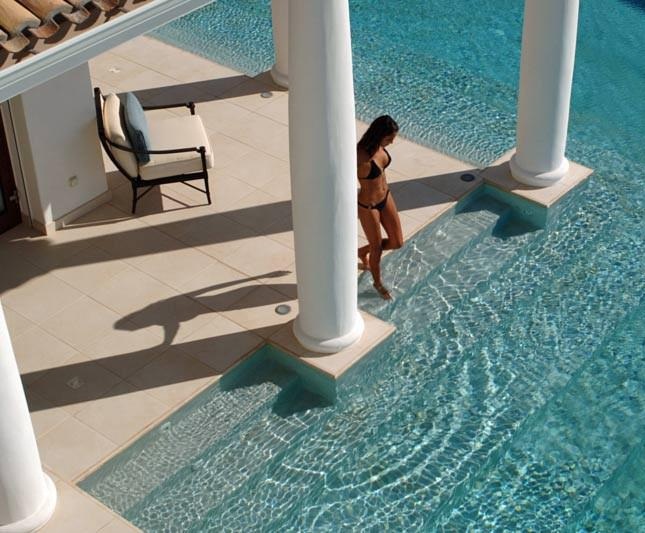 Again, the link destination reveals the nature of the picture. In a manner of speaking.

If I'd had a picture of the office where I worked six months ago, I would have added that too, with its clean desk policy and swathes of identical tables. I found this of the outside, where two huge glass façades face each other across an easily-rendered surface dotted by easily-rendered objets d'art: 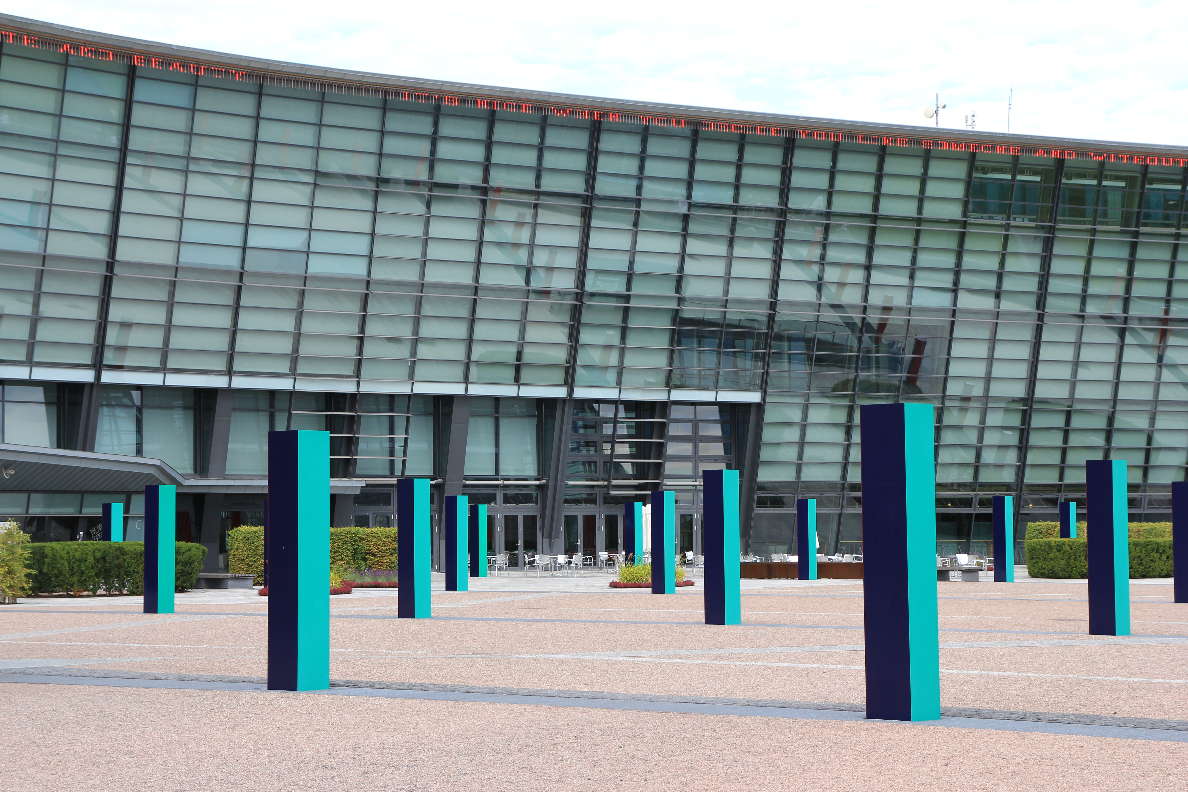 You can tell that's a photo (source) by the lack of people. An architect's rendering would have contained a few clipart humans. Apart from that, this is reality doing its best to climb inside povray.

(By the way, I like the scroller at the top of the façade. Very nice ambiguity inside ambiguity.)