Not sure about creativity 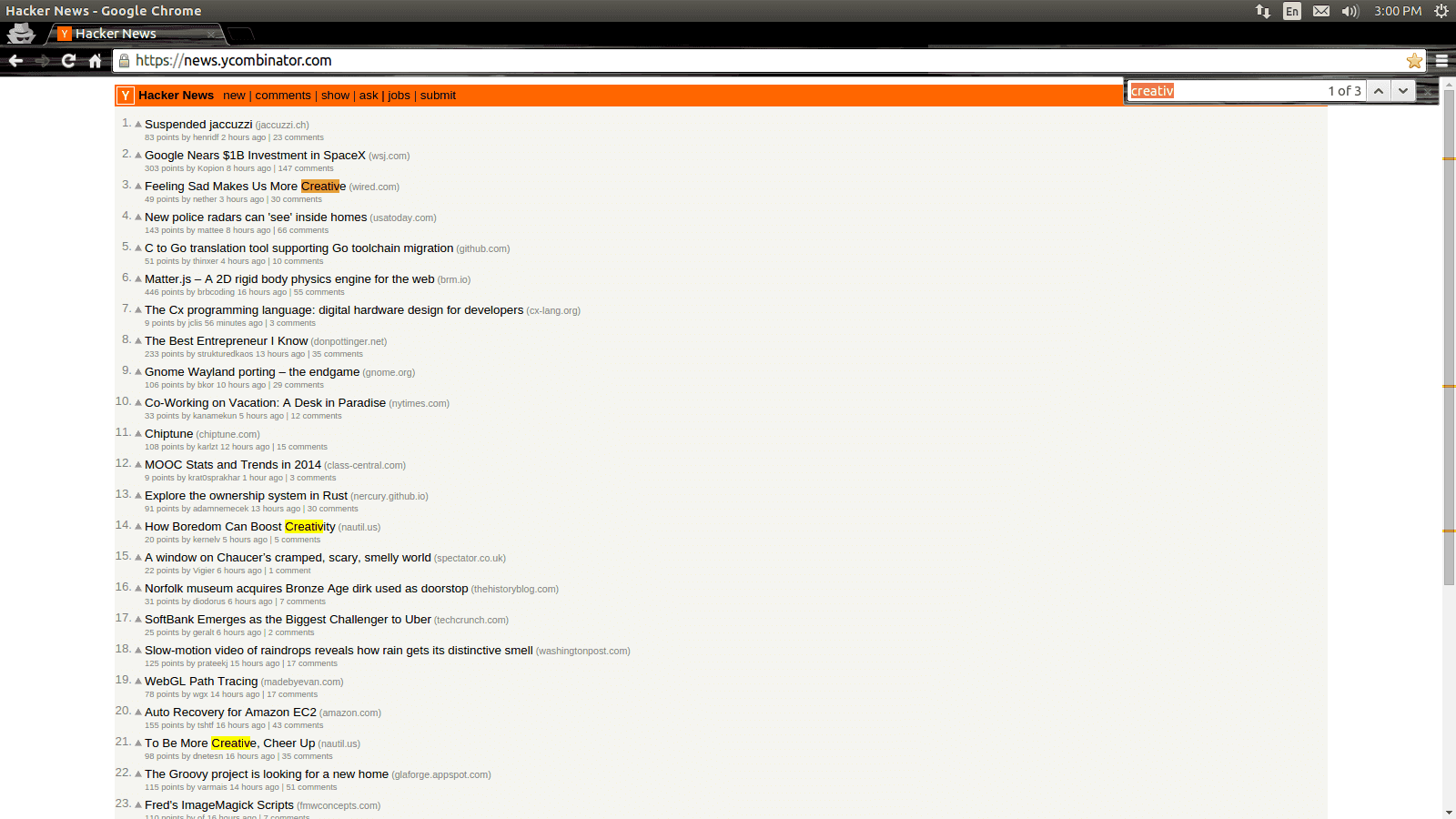 But I think I know the secret of productivity. It has two parts: Start on the job. Stay on the job.

That screenshot displays a clock, and the time shown is in the middle of the working day. And that's the biggest reason why I hate Autotools, Maven and a few other build tools: Their slow builds force pauses, and their forced pauses tempt digression. Hey look at this, there are three contradictory stories about creativity on the HN front page!

Several thousand tests are being rerun as I write this. About 3800 of them passed last time, one failed, the rest weren't run. The test suite isn't even running the test that failed first, so I get to wait for those 3800 tests that could fail in principle before I get the test that has a real chance of failing.

Written texts have two major invisible properties: audience and goal. I can't remember who taught me about that, but I taught it to my friend Abhijit Menon-Sen when we started working together, and the texts he and I have written together over the years always have a hidden comment describing the audience(s) and goal(s) for that text. That's why those texts are crisp and to the point.

Here's an example. Not by us together, this one is his alone.

Abhijit and his girlfriend Hassath have recently built a house, it's aaaaalmost done now, and a few weeks ago Abhijit wrote a blog posting about an electric power gadget they bought for the house. The audience for that posting consists of two groups of people: Friends who want to know how the house is coming along, and people who are searching for reviews of the gadget before possibly buying one themselves. The goal for the first group is to describe the power problems and how Abhijit and Hassath are coping, and for the second group, to tell them whether and how well that particular gadget helps with that kind of power problem.

Now please read about their amazingly unreliable power supply and consider how each sentence, each paragraph and each picture helps with either or both of those goals, in the eyes of those audiences. Does a sentence say something that both audiences already know, or does it tell either or both audiences something Abhijit wants to tell them? Does a sentence help with one goal but disturb the other? What does the photo achieve? Would mentioning the audiences or goals in the text help to achieve either of the goals, or would it distract or detract?

That posting may be stylistically vapid, but it achieves Abhijit's goals and that makes it good writing. The rest is a mere question of how good.

Now please start formulating an explicit audience and goal before you write your own email, documentation, almost anything. Help save the world from pointless blather and documentation that forgets the critical points.

I like code review but complain about it all the time. Why? The other day I had an eureka moment: There are two quite different kinds, which I will give the misleading names agile review and waterfall review, and I'm annoyed when the reviewers perform one kind of review and I want the other.

Waterfall development is centered around planning, development and deployment in stages: First plan well and get rid of most bugs, then implement what's planned, then review and test to fix the remaining bugs, then deploy. In this model, code review focuses on catching minor bugs, ensuring code style harmony, proper use of internal/thirdparty APIs, etc. Big questions such as is this feature a good idea at all? are out of scope, because that's been settled in the planning phase. (I'm not saying waterfall works in practice, only describing the theory.)

Agile development is different. Instead of planning well, agile development is based around an iterative process: Implement something that seems to be a good idea, consider it, learn something from it, finish it and then deploy, then pick something else to do, something one now knows more about. Code review can be the first part of the consideration and learning process, so it's a good time to discover that although a feature seemed like a good idea, it's going to be a morass and should be dropped at once. […More…]

This autumn my work shifts from arthouse pixels to mass-market pixels. An occasion to post this remarkable photo: 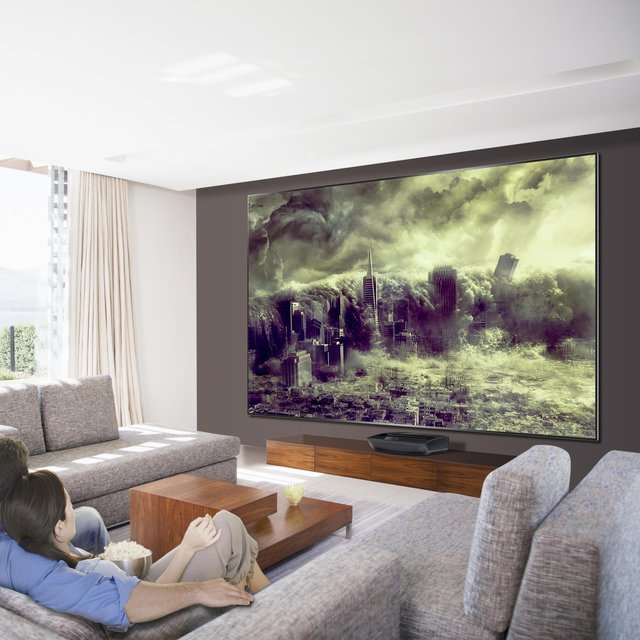 It reminds me a little of a more modern descendant of the sparse modernist interiors, but sparser, sparser, and with a giant screen instead of art.

The picture comes from an advertisement. You're assumed to like the interior, and you're meant to buy the TV. Too late, that model is not on sale any more.

My work involves avoiding some things you don't see on the photo: A settop box and a hundred-button remote control. Less frustration, more reliability, better usability.